Facing the Future with Fear or Faith

When someone asks me how I think we’ll do the longer this pandemic wears on, most often I think, “You need to meet Frank and Jerry.”

They were born just in time for the Great Depression. Frank’s father died when he was just three, leaving his mother, a young widow with limited skills but a big heart to raise him. She scrapped by working as a secretary. They lived literally in rented rooms until he was in high school, when they were finally able to rent an entire house.

When the war broke out, he joined the Navy (at age 17). After the war, he paid for a graduate engineering degree from LSU by leading a dance band and taking in laundry. Frank’s workout buddy introduced Frank to his sister Jerry, the daughter of a high society Baton Rouge doctor. Somehow Frank convinced Jerry that it would be a good idea if they got married.

After a few years, Frank took a pay cut to return home and work for a local firm. He did it on the promise that he would be able to buy into the business one day. It was an offer he couldn’t refuse.

When the actual offer to buy the company became a reality, he surveyed the opportunity and said, “Several recent years had been unprofitable. About forty people were employed in a ten-year old, junky looking plant. And I counted 29 manufacturers (all our competitors). As far as I could tell, we were the smallest.”

When Frank sold the company over 25 years later, it was the leading manufacturer of its kind in the world.

Though raised by a single parent in poverty (nobody told him he was poor, but…) and in the shadow of war, Frank seems to have surveyed the circumstances and said, “Well, I guess there’s nowhere to go but up!”

Frank and Jerry have taught me more lessons than I could recount here, but here are four that I think especially applicable to our day.

Choose faith over fear. Frank and Jerry could have settled for safe, but that’s not what they wanted. They had a dream to build something of lasting value and do it the right way. Frank wanted a family and a business and then to make a lasting contribution to his community. And he was able to do all these things not because he never had any fears, but because he refused to let his fears have the last word. Frank would tell you not to focus on your fear, but to have faith in your future.

When failure happens, learn from it and try again. Too many of us take failure personally, as if we were the only poor fool ever to experience it. The truth is that we all fail at different times, but only a few have the courage to revisit the crash site and learn from the carnage of failure. But failure can be the most effective teacher you’ll ever have.

Frank and Jerry would tell you to try your best to succeed. But when (not if) you fail, get up and try again. The only real disaster is when you allow failure to be final.

When one season ends, look for the next contribution or calling. Frank is known by many in his community as a successful businessman. Jerry raised five children to be contributing citizens and decent human beings. Great. But that was only one season in their lives together. They’ve also made many other quieter, nearly unknown contributions, whether producing a video biography of someone’s life just so their great-grandchildren can hear their stories, teaching generations of little children in Sunday School or serving on a hospital or nursing home board to facilitate healing in their community.

Frank and Jerry would both tell you that the issue is not being important, but having impact.

Finish well, no matter what you do. Whether you’re preparing for a presentation, raising a child, building a facility, solving a problem, getting in shape, editing a video, growing spiritually, being a friend or loving your spouse.

Frank and Jerry will you tell you that it’s not enough to start well. You got to finish well.

And I think that’s some of what Frank and Jerry might tell you if you had the chance to talk to them.

But you can. You can ask them yourself if you like. You can meet Frank tomorrow morning at the McDonald’s drive-through getting their breakfast. Or Jerry in her garden, fighting the weeds with a look of pleasant determination on her face.

I love you both. 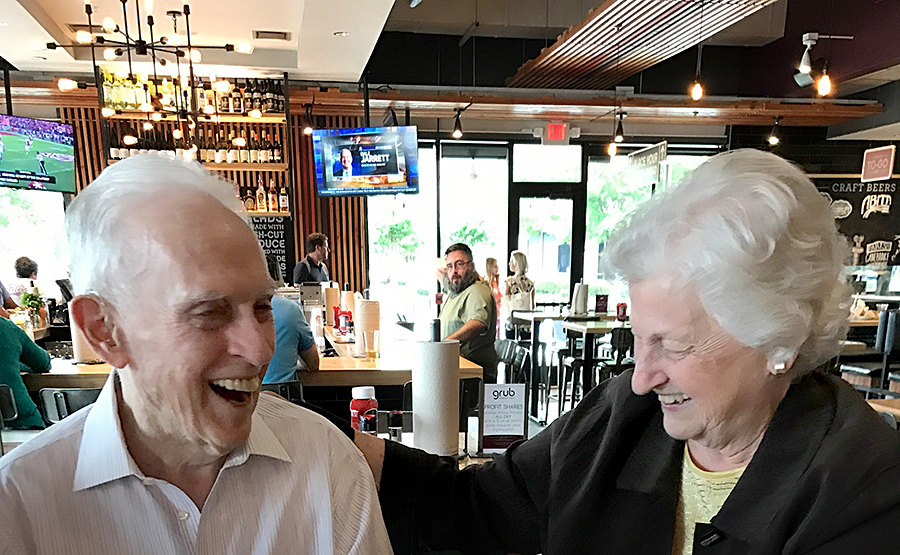 Scroll to Top
Speak with an Advisor